Emilee Kassay, a Lyndonville senior in the Graphics Arts program at the Orleans Career and Technical Education Center, has won second place in the GLOW Women Rise logo contest.

The first place logo will be used to celebrate the 100th anniversary of women’s suffrage.  The GLOW Women Rise organization invited students grades 8-12 to design a logo to commemorate women’s right to vote in the United States.

Emilee’s design garnered her a $50 check and will be used on GLOW’s reusable shopping bags which will be sold throughout 2020 as a fundraiser for the group.  “We did not plan on awarding a second place prize, but we decided her logo was too good not to be recognized,” says Dorothy Avery, President of GLOW Women Rise.

Emilee said she entered the contest because she thought it would be fun to try to create a logo to represent an organization.  “I was also able to get some work based training hours for my class.  I was surprised and I was happy that I won second place.  It was a real honor to be chosen.” 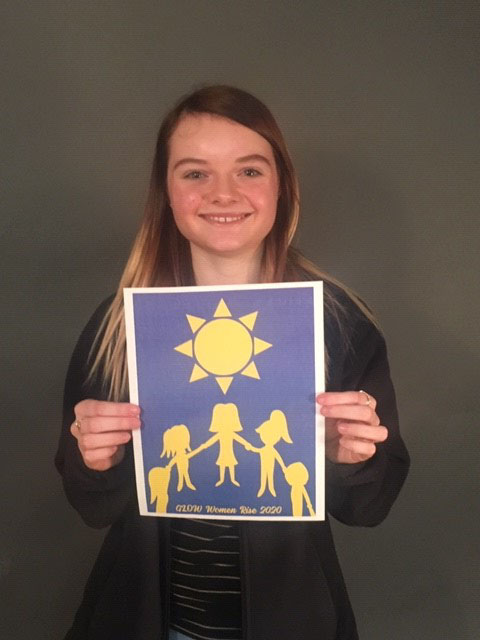